This post was in partnership with I Can’t Believe It’s Not Butter! in celebration of their new (and delicious) It’s Vegan buttery spread.

We all have personal mantras. “What would Beyoncé do?” is something I find myself asking quite a lot. I got inspired by her Vegan challenge a while back and always thought about giving it a whirl. As a pretty devoted carnivore, I was skeptical about giving up certain proteins, but was excited to get creative in the kitchen. My most recent personal Vegan challenge was inspired by some of summer’s freshest vegetables and my latest obsession, ?I Can’t Believe It’s Not Butter‘s new It’s Vegan buttery spread.?Although Bey did it for 22 days, I thought I would start with one. Ya know, baby-steps.

The day before my 24-hour plant-based journey, I hit the farmers market and grocery store to load up on farm fresh ingredients that would add nutrients, flavor, and fuel to a few delicious dishes. Since it was over a weekend, I thought I would cook for the day, instead of going out to eat. Although most restaurants have tons of Vegan options these days, I think there is something so gratifying about cooking at home, and doing it yourself (shocker).

The day started with sautéing asparagus spears (purchased at the farmer’s market) in It’s Vegan?butter. It gives it a rich taste and holds all the crisp nutrients inside.

While it’s not breaking news, Avocado Toast will forever be the best way to start the day in my book. This version has a savory and sweet flavor, which satisfies every single taste bud.

For lunch, I thought I would put a little twist on a personal favorite, pizza! I decided to get colorful with this recipe, while keeping it healthy with flavor still in mind. Inspired by pesto, I blended a handful of fresh basil with melted vegan butter, garlic, and a pinch of salt and pepper together

Next up, veggie time! After the garlic basil spread is covering the entire crust, slice and layer your favorite raw veggies in rainbow hues. Red, orange, yellow, and green peppers with red onions serve as the perfect rainbow topping. Use the basting brush to top off the pizza before putting it back into the oven at 350 degrees for 15-20 minutes.

Cut to dinner time… I was feeling energized by the plant-based diet but was craving something hearty. I reached for the leftover garlic basil butter sauce and added it to a bowl of basmati rice. Believe it or not, it was probably one of the best rice dishes I have ever tasted. It would have been fine to eat alone, as the rich and buttery flavors tickled my palate- but I wanted to make my own version of a Mexican rice bowl.

This is a dish that I could absolutely see ordering at a restaurant. It’s loaded with veggies (avocado, tomatoes, sautéed zucchini, and roasted corn), with some black beans and cannellini beans for protein (as I realized that I needed some for the day). It was beyond delish!

My major takeaway from going Vegan for a day was simple – I felt good about what I was putting into my body. I like knowing where my food is coming from, and having a sense of clarity around your diet and how that impacts your general well being is something we should all pay more attention to. ?While I may not be Vegan forever, I think experimenting with new and healthy ways to make, consume, and enjoy food is one of the best DIY’s out there! Fun fact: I Can’t Believe It’s Not Butter also just launched another new buttery spread, It’s Organic. 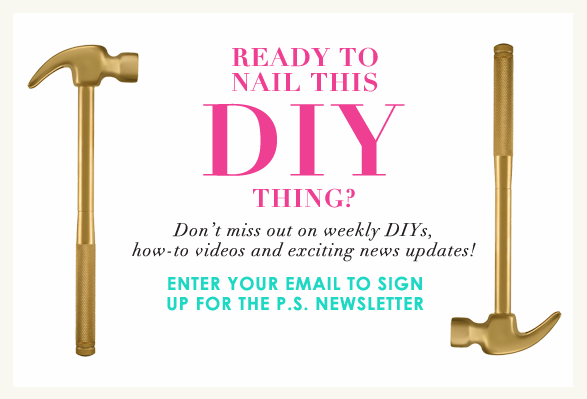